This website has been designed to navigate using word search.

Type what you’re looking for in the search box above.

Can’t find the right words? Try something like ‘council meetings’ or ‘water restrictions‘ or ‘dog licenses’. 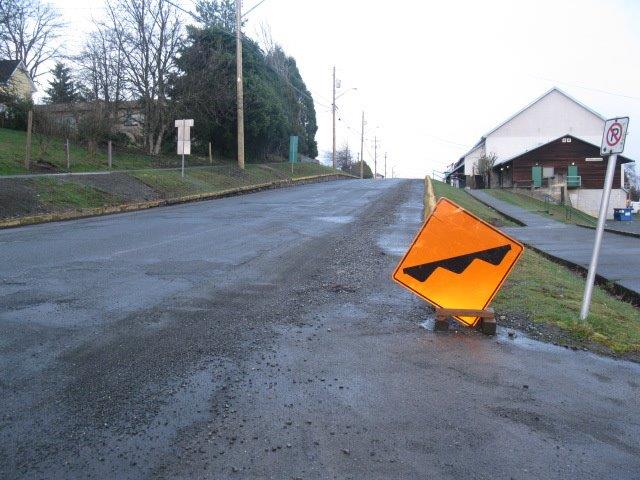 Find out more about the current financial plan, including

Cumberland’s sewage treatment has issues in relation to elevated levels of phosphorous and excessive wet weather flows, and is out of compliance with regulatory standards.

Find out more about the development of the Village’s LWMP and the Wastewater Advisory Committee.

An updated long term water supply strategy was received by Council in June 2016. In July 2016, Council approved upgrades to the Village’s water treatment, storage and distribution infrastructure. In March 2017, the Village received a grant from the federal/provincial Clean Water and Wastewater Fund that will pay for 83% of eligible costs (up to $4 988 300) for the improvements.

The treatment plant will include dual barrier disinfection treatment made up of ultra violet (UV) and chlorine, which utilizes a sodium hypochlorite generation unit. The Village will also need to continue to meet the filtration deferral conditions.This storage reservoir will store treated water.

The Village is working on conceptual and preliminary designs for upgrades to the Henderson Lake and No. 2 dams.

The Village has completed the roads component of a long term road and utility replacement plan and continues to work on the utilities component of the plan. The plan will help determine and budget annual road infrastructure works. The plan will identify those roads that need underground water, sanitary sewer and storm sewer work before road reconstruction, as well as those roads that can be reconstructed without the underground services.

The Village attempts to rebuild at least one block of road each year.

The Village has assessed existing sidewalks and travel routes in Cumberland to identify blocks of roads that need new sidewalks as well as sidewalk replacement, in particular those areas that are transportation routes to key locations such as the Cumberland Community School, in partnership with School District 71. This is part of the Active Transportation Planning initiative. The Village is also working with School District 71 on developing a trail network around the school.

In June 2016, a 2.5 acre parcel was purchased at 4382 Cumberland Road as the site of a new fire hall. Approximately $2 million is reserved for fire hall construction of approximately $4 million. In the meantime, the site will be used as a staging area for summer road construction in the Village. In 2018, a detailed fire hall design will be developed. Find out more about the new fire hall.

The final step of Phase 2 road upgrades and landscaping work on Cumberland Road from Hope Road to Union Road was completed late May 2018. Work includes removing the pre-loading over the wetlands, road excavation and reconstruction, asphalt and shouldering, and landscaping.

Cumberland Road businesses are open and accessible. Please expect road closures and detours to Union Road during the 6 to 8 week construction period. Whenever possible, the road will be open in the evening and on weekends.

For more information about this work, see Village Upgrades – Spring 2018.

Work was completed in 2017 on landscape and accessibility improvements to the Family Area of Village park (adjacent to the playground). The project included improvements to the park entrance, new concrete walkways and shrub beds, and the installation of an accessible picnic table and drinking water fountain.

The project was funded in part by a grant from the Government of Canada’s Enabling Accessibility program.

New interpretive signs were installed in Chinatown in the spring of 2017. In partnership with the Cumberland Museum and Archives, the Village developed new content for the historic Chinatown Walking Tour in Coal Creek Historic Park. A special thanks to Connie Graham from Vancouver Island University for research used in support of the project.

In the fall of 2016 Council approved the trial Disc Golf Course in Coal Creek Historic Park as a permanent park amenity. The Village will continue to work in partnership with the Comox Valley Disc Golf Club to manage the course and to make ongoing improvements.

Construction of the much-anticipated Skatepark and Jump Park is was completed in fall 2017. The project was a collaboration between the Village and the Cumberland Community Schools Society (CCSS) and United Riders of Cumberland (UROC).

The 5200 square foot custom concrete skatepark has a street section, a bowl and a mini-ramp. The Jump Park includes four dirt jump trails (beginner through to expert in difficulty rating), a pump track and a run bike trail.

The total value of the project is $465,000. The majority of project funding has come from the Village, as well as additional funding from the UROC and the CCSS via fundraising events, grants, and in-kind donations. Construction begin in spring 2017 with a target completion in summer 2017. For more information, see our Skatepark and Jump Park page.

The Village is working to implement the Cemeteries Master Plan. In 2017 and 2018, this will include a new natural burial area, and improvements to landscaping and irrigation in the cemetery. Find out more about projects at the Cumberland Cemetery.

The Village has applied for and been granted certificates of public interest for the Japanese Cemetery and the Chinese Cemetery, both located on Union Road.

A 200 m section of Comox Lake Road that was subject to a 2015 slope stabilization project has settled and compacted, and was paved in spring 2016.

In 2015 and 2016, new heritage-style street name blades were installed in the historic Village commercial core area. These new wayfinding signs are located at key locations in the Village and point the way to parks, recreation facilities and other public venues.

Second phase underground services installation and full road reconstruction was completed on Egremont Road from Penrith to Windermere in 2016.

The Village received a two-thirds funding grant from Building Canada’s Small Communities Program for the $2.77 million project to upgrade and renew underground services along the Dunsmuir corridor in 2016. The project was substantially completed in 2016, with final details like road painting taking place in early 2017.

In 2016, the Village developed a new heritage management plan to:

A new Welcome to the Village of Cumberland sign, located on the highway south of Cumberland, was completed in June 2016.

Work is completed on the construction of a new trail head kiosk near the yellow gate in the Cumberland Community Forest.

The new kiosk allows for the posting of improved signage relating to Cumberland’s popular trails and the Cumberland Community Forest Park. The area is also enhanced as a meeting and gathering point with a new bicycle hitching post and benches.

The project is a partnership between the Village of Cumberland and the United Riders of Cumberland (UROC) with funding support from Mountain Equipment Co-op and the Government of Canada, in partnership with the National Trails Coalition.

This progressive and multi-faceted agreement not only authorizes public recreation on private and public forest lands south of the Village, but gives the private landowners the opportunity to better communicate and manage risks associated with people recreating on their land.

Village community parks, such as Coal Creek Historic Park and the Cumberland Community Forest, are not part of this agreement and will continue to be managed by the Village.

Road and slope stabilization construction took place in early 2015, closing a section of road accessing Lake Park and the boat launch. Council allocated $300,000 from federal Community Works funds, $75,000 from general accumulated surplus, and approved short term borrowing of $100,000 for a five year term for the project. BC Hydro contributed an additional $200,000.

In early 2015, the recreation program review was completed and a report of findings was presented to Council early in 2015.

Construction took place in 2014 to reduce the potential failure of the dam due to an earthquake at an estimated cost of $560,000. This project received elector approval through an alternate approval process that took placed in May and June 2013. As of November 2014, the major works are complete with the exception of construction of an overhead walkway.

In 2013 and 2014 a road and utility rehabilitation plan was developed for the Village.

Work was underway in August and September 2013 to install a new sewer and storm drain on Third Street from Penrith Avenue to Derwent Avenue. Once the underground work is complete, Third Street will be reconstructed and paved from Penrith to Derwent.

The new storm drain will redirect a significant flow of storm water in the area from the sanitary sewer to the storm sewer. This project was postponed to 2013 in order to combine it with a road upgrade project for Third Street north of Dunsmuir. The project was completed in fall 2013.

Construction of a new underground water main on Dunsmuir Avenue (Camp Road) and a new ground water source control building adjacent to Comox Lake Road commenced in the fall of 2012.

The new Coal Creek well will increase water capacity for the Village in line with the Village’s priority of establishing an adequate and high quality source of water for the current and future residents of the Village. This work is related to the Coal Valley Estates Ltd. Phase 4 and 4A subdivision application for land located north of Camp Road.

Installation of all mainline pipes and appurtenances including switching over existing services to the new main was also completed.

On August 8, 2012, a 200m portion of Comox Lake Road immediately before Cumberland Lake Park Campground was reduced to single lane traffic. The closure of the westbound lane is due to slope stability concerns, and a comprehensive geotechnical engineering study is planned for the site.

The Village plans to engage a geotechnical consultant to undertake an investigation of the subsurface conditions of Comox Lake Road including recommendations for slope stabilization and road reconstruction.

In early 2014 reconstruction of the small bridge of the Maple Creek tributary at the base of Second Street took place. This trail accesses the Cumberland Community Forest and trail network.

Work related to the replacement of the Village Park playground was completed in early 2014. A request for proposals was issued in late spring 2013 to playground companies with the preferred playground components based on public input from the community in late May 2013.

In late fall 2013 the dog park fence was replaced and new signage was installed with a kiosk/park information shelter.

Use the search field at the top of the page to find what you’re looking for.