This website has been designed to navigate using word search.

Type what you’re looking for in the search box above.

Can’t find the right words? Try something like ‘council meetings’ or ‘water restrictions‘ or ‘dog licenses’.

The Village of Cumberland

The Village of Cumberland is excited to announce the completion of the long-anticipated new washroom building in Cumberland Lake Park. Doors opened to park users earlier this month, with Village Council celebrating the milestone with a ribbon cutting ceremony on June 28th 2018 at the park. 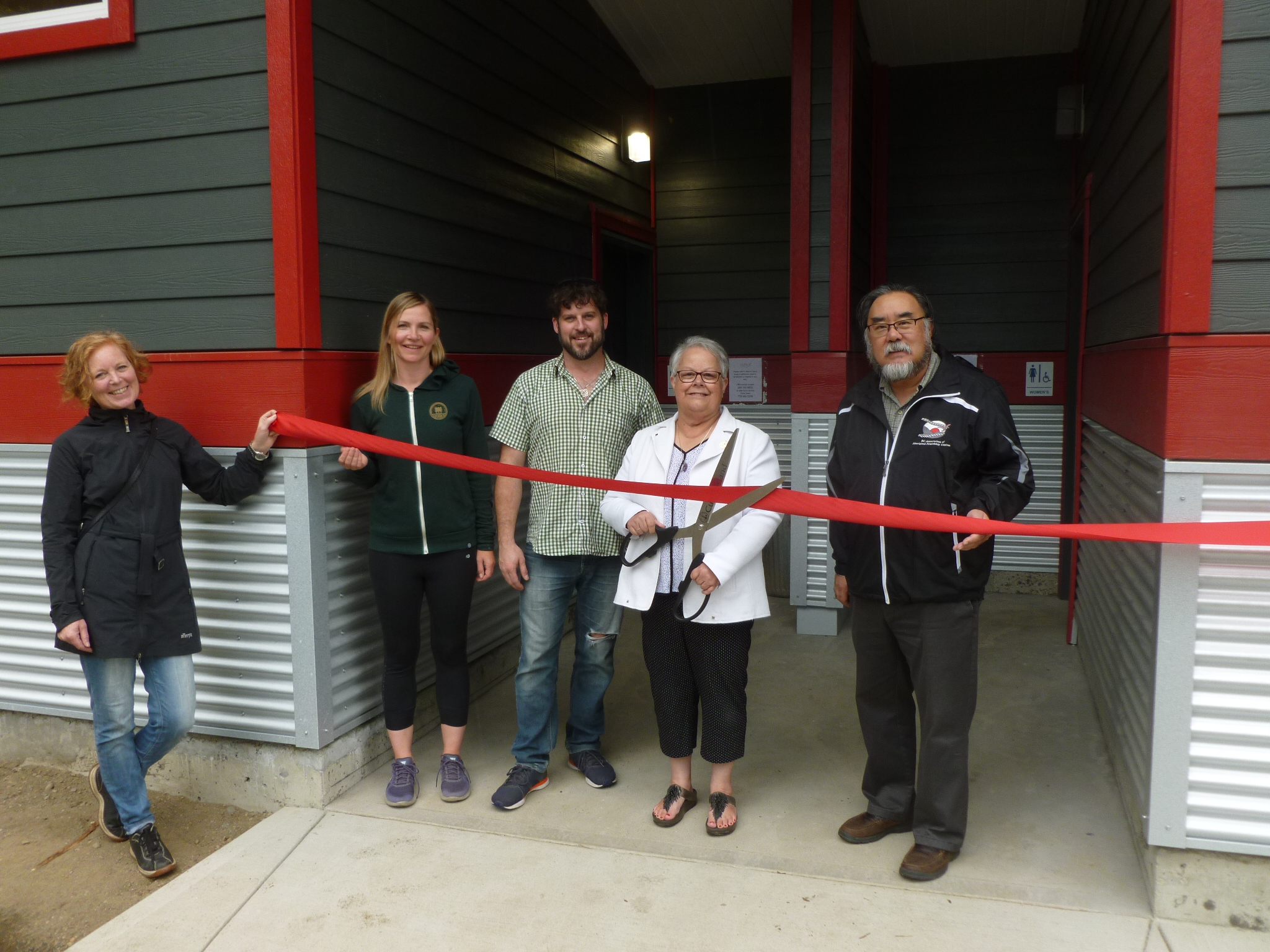 The new amenity building features washrooms with four private showers – doubling the number of shower units previously offered – in addition to a private family washroom and accessible features. The facility replaces an old washroom building that was ready to be retired. The project also included structural improvements to the neighbouring concession building, including a new roof, re-construction of the covered canopy, and updates to the façade. The total cost of the project was $205,000.

“We are excited to complete this project, which will better serve both residents and park day users, as well as campers and visitors to our Village” said Mayor Leslie Baird. “And we look forward to continuing to make improvements to Cumberland Lake Park as we work to implement the Park Master Plan.”

The 2014 Cumberland Lake Park Master Plan listed upgrading park washrooms and shower facilities as a high priority project. Next up, the Village plans to refocus efforts on improvements to the interior of the concession, including pursuing funding to install commercial kitchen equipment that will allow for expanded menu offerings such as grilled and fried items.

Cumberland Lake Park is a Village of Cumberland Municipal Park on the shores of Comox Lake. Park amenities include a public beach and picnic area, 62 campsites, a group campsite, a boat launch, two kilometers of wilderness trails, and rock climbing crags. In 2017, a five year park operations and campground management contract was awarded to Cumberland Lake Wilderness Society, a local non-profit organization.

Find out more about Cumberland’s community parks, trails and playgrounds.

Jump back to main navigation